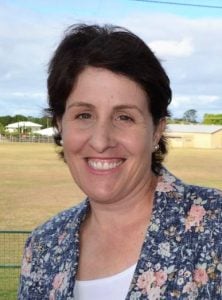 Emma Robinson: “A movement, a model and ultimately a digital platform”…

The Beef Collaboration Project consists of farms, mostly from the Burdekin catchment, representing more than 40,000 head of cattle.  The group, headed by beef producer Emma Robinson from Caerphilly Station near Charters Towers, recently received $157,000 from the national Farm Co-operatives and Collaboration pilot program, known as Farming Together. The group has earmarked the funds to further develop the co-op opportunity, including strategies to better leverage enterprise scale, efficiency and shorten the supply chain.

Emma said the co-op is being built “from the ground up; by producers, for producers”. She said: “It represents a movement, a model and ultimately a digital platform that will enable beef producers to leverage new value pre-and post-farm gate through collaboration.”

The co-op will undertake a combination of marketing, knowledge and farm supply services. It will also look at researching the model and then extending it to other farm groups.

“The longer-term view is that the model and platform developed will have significant scalability, with potential for application across a broad geographical area,” Emma said, adding: “The group aims to help other producers see value in taking a collaborative approach, which ultimately contributes to the resilience and longevity of family farming in Australia.”

Across Australia, groups of producers are investigating establish co-ops. Farming Together recently launched a free online co-op builder for groups considering forming themselves into these tax-effective structures. The simple, DIY template is available at www.farmingtogether.com.au

Program director Lorraine Gordon said: “People don’t realise how simple it is to form a co-op. You only need five people.”

“A co-op structure has so many benefits – including tax benefits. Co-ops help secure discount bulk pricing for farm inputs. They traditionally underpin equipment and infrastructure to value-add primary production. And we are seeing a growing appetite for co-operative marketing structures.”

Developed in conjunction with Australia’s peak body for co-ops, the Business Council of Co-operatives and Mutuals, the online tool has been written by some of the country’s leading experts in co-op law and education.

The Farm Co-operatives and Collaboration pilot program is being delivered by Southern Cross University on behalf of the Australian Government. It comprises a highly experienced senior team drawn from a wide range of commodity groups from across Australia and is backed by an industry advisory group representing experts from Western Australia, Northern Territory, Queensland, Victoria, South Australia and NSW.