7 June 2016: A booming three-state alpaca co-op with strong pre-sales to China will hold its formation meeting next week. 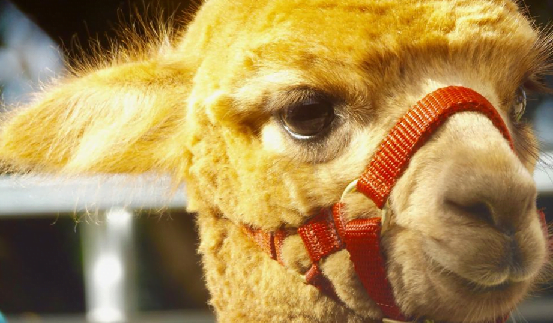 Aided by the successful Farming Together program, the Waratah Alpaca Fibre Co-operative expects more than 50 alpaca producers from across NSW, Victoria and South Australia to convene at the Mittagong RSL on June 16.

The meeting also aims to recruit prospective alpaca grower-members for the co-op which last month sent a premium-priced 700kg sample to a Shanghai processor.

The buyer agreed to buy 100kg of each grade – ranging from less than 16 micron to above 36.6 micron – and in all colours, for processing into clothing, carpets and doonas.

“And within six hours of receival, they were sending me videos of the fleece processed as skeins. And now they’re asking 10 tonnes of raw fleece each month.”

A regular supply contract has now been sent via the processor’s Sydney-based agent.

Sourcing so much fleece will be a challenge, Mick admits. He said the group has explained seasonality of the clip, adding he hoped to source fleece nationally to satisfy the ongoing order. It is estimated that the Chinese market has unmet demand of 3000 tonne/year. The Australian alpaca industry only produces around 800 tonne each year.

Mick believes the co-op, and the export sales it secures, will push growth of the national herd beyond the current total of 400,000 alpacas. “The whole idea of the co-op is to give alpaca breeders some confidence and financial sustainability. This is all about building the national herd,” he said.

A fourth-generation merino farmer, Mick now runs 1200 alpacas on 243ha at Mittagong. He said: “Farming Together provided guidance and mentorship and gave us access to the skills and expertise so that, when it came to forming a co-op, we didn’t reinvent the wheel. It took our cumbersome and clumsy idea and streamlined it, saving us a lot of time along the way. With the program’s assistance we are far more advanced that we would have been if we had tried to do this on our own.”

The Mittagong RSL meeting will start at noon on June 16. Refreshments will be served, please book for catering purposes at 0407 407 618 or waratahalpacafibre@gmail.com

Program director Lorraine Gordon said: “This project has the potential to truly transform a premium-product industry and offers spin-off benefits along the supply chain: from breeders to logistics.”