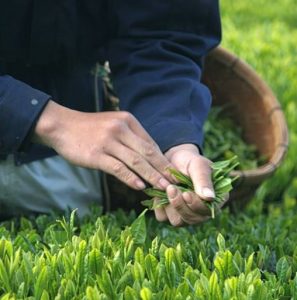 22 August 2017: A new co-operative growing green tea for export to Asia has secured $100,000 of Australian Government support. The co-op of farmers from NSW’s Central Coast received the funding through the national Farm Co-operatives and Collaboration pilot program, known as Farming Together.

The grant will see local farmers working closely together to expand the fledgling tea industry. Their aim is to produce premium green tea for sale to markets in Japan and China. The co-op, Australian Green Tea Pty Ltd, already has trade links with a Japanese distributor.

Co-op founder John Robb said: “Farmers who have expressed significant interest in growing this environmentally friendly and health-benefit crop will be able to collaborate with like-minded farmers, suppliers, processors and exporters. It will build a unique and tourism-attractive industry on the coast, similar to the Hunter Valley’s wine region.

“Importantly, farmers will now be presented with a new and independently researched plan, against which they will be able to make investment decisions.”

Expansion of Australia’s green tea industry coincides with restricted supply within Japan, due to land shortages, and increasing demand in China, where middle-class buyers seek quality assurance. By aiming at the high-end marketplace, the Australian growers believe they can achieve price premiums.