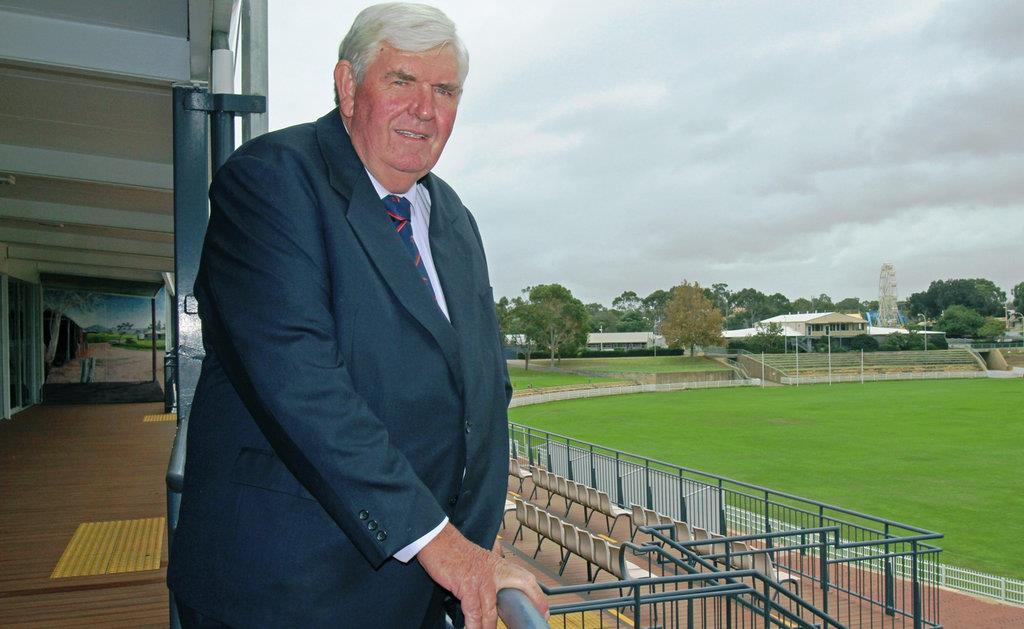 20 October 2017: Prominent lamb producer Dr Peter Trefort will be an ambassador for a new farmer-led initiative to establish an agricultural co-operative in WA’s Great Southern region.

Peter runs a successful third-generation mixed-farming enterprise in Narrogin, specialising in selling premium lamb products. His new role supporting the initiative is welcomed by the Stirlings to Coast Farmers group (SCF), which is behind the drive to establish a co-operative enterprise.

Derek Curwen, SCF chairman said: “We are delighted that Peter has agreed to be an ambassador for us. He is a strong campaigner for agriculture and it’s a great honour to have him on board our team. As a co-operative, farmers can create scale by working together and open up value-adding opportunities that they would not be able to achieve on their own.”

The SCF-driven initiative is gaining momentum since it was granted $635,000 funds from both the Commonwealth and State government in August 2017 to undertake a feasibility study.

SCF is collaborating with neighbouring grower groups, the Gillamii Centre and the Fitzgerald Biosphere Group. The SCF Co-operative’s project commenced in August 2017 and will continue until early 2019. Farmer forums were held in Jerramungup, Cranbrook, Mt Barker and South Stirlings this week to discuss the idea of setting up a farmer-owned co-operative.

The SCF Co-operatives project was awarded $140,000 funds from the Australian Government’s Farm Cooperatives and Collaboration Pilot Program to undertake a six-month investigation into the feasibility of establishing a farmer-owned feedlot for prime lamb.

Program director Lorraine Gordon said: “The Stirlings to Coast initiative is a good example of the way the Farm Co-operative and Collaboration Program supports agriculture from the grower upwards. The program is farmer-driven and has attracted unprecedented levels of engagement. In our first year we have had interaction with more than 19,000 farmers, fishers and foresters across the country and across many commodity groups.”

The Farm Co-operative and Collaboration Program recently launched a free online co-op builder for groups considering forming themselves into these tax-effective structures. The simple, DIY template is available at www.farmingtogether.com.au

The Farm Co-operative and Collaboration Program is being delivered by Southern Cross University on behalf of the Australian Government. It comprises a highly experienced senior team drawn from a wide range of commodity groups from across Australia and is backed by an industry advisory group representing experts from Western Australia, Northern Territory, Queensland, Victoria, South Australia and NSW. More? www.farmingtogether.com.au

The project also received $495,000 funds by DPIRD/Royalty for Regions Grower Group Grants (Round 2) to undertake an18-month investigation into the feasibility of establishing a farmer-owned feed mill.

Dr Trefort has more than 40 years’ experience across the livestock supply chain from sheep and cattle production, through to processing and distribution. He is a fourth-generation farmer who manages his family’s property at Narrogin in WA. Peter developed the highly regarded Q Lamb label supplying lamb into local and international markets from his Hillside abattoir. Q Lamb has been recognised as the most-successful supply chain-alliance from paddock to plate in the Australian lamb industry, seeing the price per kilo more than double within two years.

Peter has built strong relationships with producer suppliers and customers by putting a focus on quality rather than price. He has worked extensively developing on-farm and processing R&D strategy with the Department of Agriculture (WA), University of WA and Murdoch University (WA).

In 2007, Peter received an Honorary Doctorate in Science from Murdoch University for his contributions to the WA meat industry. In 2010, he was recognised as the Rural Achiever of the Year by the Royal Agricultural Society of WA and in 2017 was an inductee to the Agricultural Hall of Fame for his contributions to agricultural education and the lamb industry. Dr Trefort remains actively involved in the processing sector and is a current member of the WA Beef Council and Director of the Sheep CRC. His other Directorships include Ausmeat Pty Ltd, Elderstone Nominees Pty Ltd, Rural Financial Counselling Service WA, as well as actively being involved in agricultural education. Dr Trefort is the longest-serving director on the Board of Meat and Livestock Australia.