Over time the co-op felt it had lost its ability to equip itself with the necessary market intelligence to enter international negotiations, specifically with the UK and US markets. Due to a separation between its ‘growing’ and ‘processing’ functions, the co-op found it had to negotiate in a much more commercial rather than collaborative context, putting grower members at a disadvantage when pitching their product to their main buyer.

Farming Together Services and Support
Mark approached Farming Together for assistance in grWoup negotiation and collaboration. Farming Together’s consultant, a wine-grower, facilitator and experienced volume sales negotiator, met with CCW executives and designed tailored negotiation coaching workshops, drawing on their past and current negotiations.  Two intensive workshops with board members uncovered strategies and tactics to place CCW in a stronger position. Thefirst workshop covered:

“The farming Together program was really easy to access and the team were so quick to respond. I was pretty impressed they found a consultant of the highest quality who knew exactly what we needed”. Mark Voigt

The second workshop included the board, newly appointed CEO & chairman and was conducted after approaches had been tested with a buying house. This second workshop refined the co-op’s skills in:

Impact and Outcomes
Mark identified immediate outcomes for his grower group due to this coaching; estimating an average 15% buy-price increase. The lessons learned from the workshops will carry through year on year at the negotiating table.  Directors agreed that  “…it was well worth the time invested, in terms of knowing what and what not to do…it really opened some eyes!”

Future Directions
The lessons were shared with the entire group of growers and will be revisited annually in preparation for the selling season. Mark noted that every element in the workshops contributed to their negotiating success as a collaborative group. Extensive documentation provided to the group as a result of the workshops will ensure they stay on track and can revisit lessons learned. 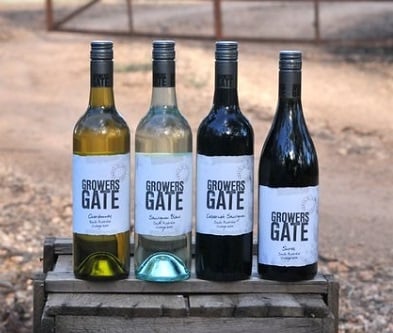